From its publication in November 2016, the Government’s consultation “Reforming the Soft Tissue Injury (‘whiplash’) Claims Process” provoked much commentary from insurers and professionals who work with personal injury claims. The consultation included 31 questions and for good measure the Ministry of Justice published an accompanying Impact Assessment which raised a further 40-odd questions/calls for data and information. The closing date of 6th January drew much criticism as the pressure was on stakeholders to respond so shortly after the Christmas break.

On 17 January the Financial Secretary to the Treasury announced, in advance of the Government releasing its response to the consultation, that legislation would be started “later this month”.  This is bound to reinforce the general perception that the reforms are a “done deal” irrespective of the views of respondents.

What’s the problem?
Despite a reduction in motor personal injury claims in recent years the Government remains concerned about the number and cost of road traffic accident (RTA) related low value soft tissue injury (‘whiplash’) claims. The Government maintains that many whiplash claims are exaggerated or fraudulent, and wishes to reduce the impact (the Association of British Insurers says) this has on motor insurance premiums. The Government believes the amount of compensation currently paid to claimants for these claims is out of all proportion to the level of injury suffered and wishes to reduce the cost of defending the claims and sums of compensation payable to injured parties for Pain Suffering and Loss of Amenity (PSLA). The consultation seeks feedback in response to a raft of measures aimed at reducing motor insurance premium by an average of £40 a year. (it’s such a shame that almost in the same breath the Treasury imposed a further 2% increase in IPT).

The proposed reforms
The consultation questions focused on the following proposals:

·         The removal of compensation for pain, suffering and loss of amenity (PSLA) for minor whiplash
-   entirely or
-   replace by a fixed sum - £400 or £425 where psychological injury forms part of the claim.
·            Other measures
-   To introduce a tariff of payments for PSLA in more significant claims,
-   To raise the small claims court limit to £5,000 making legal costs unrecoverable,
-   To ban settlement of whiplash claims without a medical report from an accredited expert.
·       Views were also sought on related issues such as credit hire, early notification forms, rehab,   and recoverability of disbursements.

In our view it is inconceivable that injured parties in a traffic accident should lose their right to be compensated while those who suffer inconvenience with much shorter term effects (e.g. due to flight or rail delays) are considered more deserving.
With regard to the level of compensation, we cannot understand how £400 was arrived at given that the current Judicial College Guidelines (JCG) determine a median average figure of £1800.   It is our view that victim's compensation should be determined according to the degree of pain, extent of soft tissue damage and the claimant's expected recovery time – not merely the latter.  The JGC (currently edition 13) allow the courts to determine a fair level of damages, and it is unacceptable that the Government should seek to impose a fixed sum on such an arbitrary basis.

For injuries that exceed a duration of six months a tariff of damages is proposed which represent between 22% and 82% of (out of date) JCG figures. It is further suggested that there may be a 20% uplift to the proposed tariff in exceptional circumstances. In addition to seeking an explanation of why the consultation relies on out of date figures we would take issue with the figures proposed whether or not a discretionary uplift is available since the JCG already provides flexibility for courts to determine suitable levels of damages.

The consultation seeks views about whether, (if it should remain possible to seek compensation for pain, suffering and loss of amenity) the “diagnosis” or “prognosis” approach should apply. The former requires claimants to wait for six months before bringing their claim and the consultation acknowledges that the delay will act as a disincentive to the majority of claimants who have genuine injuries.  Our consultation response listed a further five disadvantageous impacts – to all parties -  of adopting such an approach.  It is incumbent upon insurers to investigate and prosecute fraudulent claims, rather than to rely on the Diagnosis approach which would be unfairly detrimental for genuine claimants.

The Government asserts that the small claims track limit will be increased to £5,000.  As the limit was set over 25 years ago it is not unreasonable to consider whether it should be increased, however the certainty of this statement casts doubt on the authenticity of the consultation. The effect of inflation since the last increase produces an index-linked figure in the region of £2,000.  Increasing the small claims track limit to £5,000 will result in 93% of claims that are currently pursued with the help of a lawyer being pursued without legal representation or not at all.

In 2013 the "Transport Committee's fourth report on the cost of motor insurance: whiplash" concluded that;
·         access to justice is likely to be impaired, particularly for people who do not feel
confident to represent themselves and
·         use of the small claims procedure could prove counterproductive in efforts to discourage fraudulent and exaggerated claims and
·         that the proposed reform could create new opportunities for claims management companies.

The consultation goes on to seek views on suggested improvements that could be made to provide help to litigants in person and any specific measures that might be introduced in relation to claims management companies and McKenzie friends operating in the personal injury sector.

The expectation that individuals would have the capacity, confidence or appetite to instigate claims following the trauma of an accident is unrealistic. There will clearly be an inequality of arms with genuine claimants viewing the portal (or similar digital system) as a significant barrier to bringing a claim. Vulnerable customers, those for whom English is a second language and anyone falling the wrong side of the “digital divide” will be most adversely affected and therefore an equal opportunities impact assessment must be undertaken.

We are not aware of any work having been undertaken to assess how easily individuals are able to understand the required procedures and engage with the process. The Government does not appear to have based its views on consumer evidence (such as that gathered from focus groups or consumer questionnaires) to gauge how confident potential victims feel about pursuing claims in person. More work should be carried out to properly evaluate how well individuals are able to manage the process.

In our view unqualified and unregulated McKenzie Friends and unqualified CMCs should be banned.
It is widely held that CMCs are to blame for much mischief in the market. Cold-calling activities and mis-use of personal data has created an unpleasant environment for both consumers and insurers.  The idea that the Government should encourage the use of CMCs and paid McKenzie friends is abhorrent.

The consultation seeks views about imposing a ban on pre-medical offers and asks respondents whether this should apply to all injury claims or just RTA cases.  We support an entire ban. Pre-medical offers fuel the fraud and exaggeration that insurers complain about. Enforcement of the ban could be by the introduction of regulatory or criminal sanctions or designing a mandatory field into the claims notification form to record key information from the claimant’s medical report. Recording the source of referral of claims will shine a light on pockets of fraudulent activity by CMCs.

There is a clutch of questions about credit car hire with descriptions of various “models” that describe which party provides and controls provision of a replacement vehicle. Our preference is for the “Industry Code of Conduct” option which thanks to the ABI GTA is basically what we already have. Additionally, insurers already have the opportunity to limit the extent to which their policies will pay for hire charges by drafting suitable limitations into their terms and conditions.

The Government believes that “late claims” (not clear what is meant by this) are more likely to be exaggerated and seeks views on introducing a system of early notification with claimants having a limited period during which to obtain their medical examination. Besides not understanding what is meant by “late claims” we are not aware of any evidence being available to support a correlation       between the time taken to report a claim and fraud. The onus remains with the insurer to identify and challenge fraudulent claims.

Reducing the limitation period to one year for all motor personal injury claims would be an effective brake on CMCs (and paid McKenzie friends) engaging in claims fishing activities and in its 2013-14 third session report "Cost of motor insurance: whiplash" the Transport Select Committee recommend that "the Government explain the rationale for the three-year limitation period and bring forward recommendations for reducing it".

With regard to imposing a time limit for medicals, this could be positive for genuinely injured claimants. Further work should be carried out to study the behaviour of injured claimants to determine a reasonable window of opportunity following the accident during which medical help is sought before a time limit is set.

We refute suggestions that insurers are disadvantaged by mischief arising from the provision of rehabilitation services. Practitioners are bound by their own professional rules of conduct. There is already a Rehabilitation Code in force for many years agreed by both Claimant solicitors and Defendant Solicitors and insurers. This Code is working perfectly well already so there is no need to consider other options.

Ø  Impact assessment questions
Due to the very tight closing date on the consultation we were unable to provide data and responses for all of the questions and due to the length of this article we are not proposing to cover in any depth our responses here.
In summary, if the proposals are introduced, claimants will face higher BTE premiums – possibly in the region of £15 per vehicle as the costs of pursing claims will increase. This will leave many more accident victims under a reformed system uninsured for legal costs and unable to access justice.
We have challenged data supplied by the NHS Litigation Authority and main assumptions used for BTE and non-BTE claimants.
We struggle to understand how insurers will be able to discretely identify the savings from these reforms in isolation from all the other many variables that affect the pricing of premiums. We believe any savings will be “lost” in the various moving parts that make up pricing.  Secondly, we very much doubt whether Insurers will be true to their word given their poor experience of honouring past commitments. The insurance industry promised savings of £90 per motorist pre-LASPOA yet premiums have since risen by 4% despite 6% fewer claims.

These proposals will reduce the availability and increase the cost to injured victims of ATE insurance. ATE policyholders have a high proportion of low socio-economic citizens who cannot afford the alternative BTE products sold as add-ons to Motor and Household insurance products. It will be particularly damaging for non-RTA injury victims where claims are far more complex and variable.  The proposals will result in achieving the exact opposite of advancing equality of opportunity for victims who are currently vulnerable and the most disadvantaged part of society. 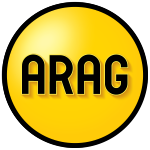